Later on in May I will be in Los Angeles at a closed symposium between University of Southern California and King's Centre for Military Health Research.

I will be presenting on the potential use of technology in the military for healthcare delivery (serving and veterans, focused on mental health). I thought it would be interesting to write some of my thoughts here. Many are questions without any 'real' answer. I have focused on mobile delivery [Internet of Things] in this article. 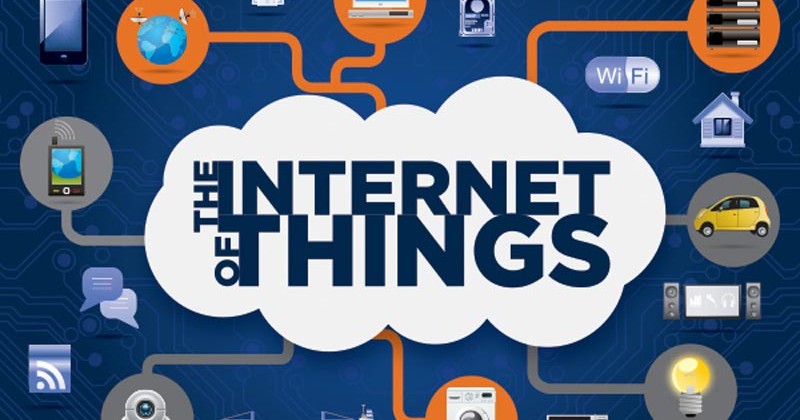 Internet of Things - The Revolution?

You may have heard of Internet of Things (IoT) and think it is something revolutionary, the answer to all our prayers and something never seen before. You'd be wrong. It is a buzzword that is used frequently without much context. The concept of IoT has been around for decades, it simply relates to the connection of devices over the internet. Connecting devices is becoming easier the more integrated we as a society become. For example, imagine being able to control your heating from your smartphone without needing to be home. Well, you can with Nest which manages your thermostat, it has been around for a while.

Some major security issues exist, such as an insecure and leaky teddybear in your kids bedroom which can be hacked. There are also some major concerns about confidentiality and security of data stored in the cloud. Let's move past these issues and focus on the enormous benefits they have in a public health context.

IoT and connected devices have opened a new frontier in the support, delivery and treatment of mental health conditions in the last few years. Smartphones are now commonplace in the UK, with 81% of all adults and 91% of 18-44 year olds in the UK own or have access to a device. Smartphones are allowing the public to access help, diagnosis and treatment. A recent example is with Babylon Health where you pay a one-off fee and have an appointment with a doctor via an app where they can give a diagnosis and prescribe medication.

But moving away from the commercial/private sector, smartphones also give healthcare professionals and academics new innovative means of collecting data, communicating, processing and monitoring a user remotely. The RADAR-CNS uses wearable technology and a smartphone app to prevent and treat depression, multiple sclerosis and epilepsy.

While these developments are exciting to watch, the field of mental health has been slow to adopt IoT, wearable and smartphones. Where they have been used, they have focused on rather simple solutions which have not been reliably validated for a clinical setting.

Power in the 'App'

New technologies are rapidly being developed and packaged into sophisticated mobile applications by industry, individuals and academics. There are hundreds of mental health application available on the Apple App Store and Google Play Store that are clearly very popular amongst the general public. However, the vast majority have not been developed by the public health sector and little has been done to embrace IoT. Equally, little has been done in the field of mental health in a military or veteran population.

Publicly available mental health apps are able to passively collect sensory and biometric data to monitor the user. Apps developed by industry are focused on generating revenue either by monitising with adverts or using a freemium model.

Academics have the potential to add real value to these apps by providing reliable clinical validation. But that isn't easy. Academics struggle to compete due to economic constraints. That's right, we really can't compete with money, developers and time. Industry have the money, they can employ the developers with very attractive pay packages and rapidly create new apps. Academics have a myriad of hoops to jump through before any idea gets off the ground, such as ethics, funding and finding the developers.

But Wait! You would think it is all doom and gloom, but its not. We have something industry does not have; trust, honesty, integrity and knowledge. We have the ability to create technology that really does meet the needs of the user and actually has a use and is not a PR stunt.

I believe smartphones coupled with targeted personalisation (e.g. machine learning) are truly powerful in managing and supporting those with a mental health condition. Using Big Data and Little Data algorithms we can autonomously detect changes in behavior and can implement intervention strategies; while in parallel alerting healthcare professionals of a developing crisis.

With this exciting prospect we should be cautious that there is little regulation, technology standards or evaluation frameworks. We need to focus on incorporating the development of these frameworks into future work. For example, a rating system to help the public understand app effectiveness.

For me, it is clear that mobile mental health could support the UK Armed Forces (serving and veterans) in the delivery of mental health care. Just look at the popularity of mental health apps in the general population. We need to embrace IoT and get on board before we are left behind. Watch this space for more from me on this topic!

How widely is HTTPS used in the public sector of the UK?