I have already done the Hidden London Charing Cross Station tour and it was great fun. I had the opportunity to do the Down Street tour recently and wanted to share my experience.

Hidden London provided a fun tour of stations and 'hidden' areas of London. It was amazing to see how much is hidden behind all those doors and unassuming walls, Down Street was a great example of this.

Time for some history

Down Street was built in a well-to-do area (such that the locals were unlikely to use the underground), was too close to the stations either side of it (Hyde Park Corner and Dover Street (now Green Park)), and was in a generally low catchment area for passengers.

When Hyde Park Corner and Dover Street (now Green Park) were redeveloped they were much closer to Down Street resulting in it being closed in 1932. Down Street was only operational for about 25 years before the passenger numbers got so low that they removed a Sunday service, then skipped it altogether to enable journey times on the Piccadilly Line to be reduced.

The underground passages were converted to office use during World War II for the Railway Executive Committee (REC) and for the War Cabinet (WC). Indeed, Winston Churchill himself used the station as his secure deep level site until his cabinet war rooms were built (next tour).

The platforms at Down Street were bricked up during World War II (more on this later) to enable the development of a 'secret bunker', but they left the train lines intact. You can see the passing trains via the walk ways within Down Street. Pretty awesome. 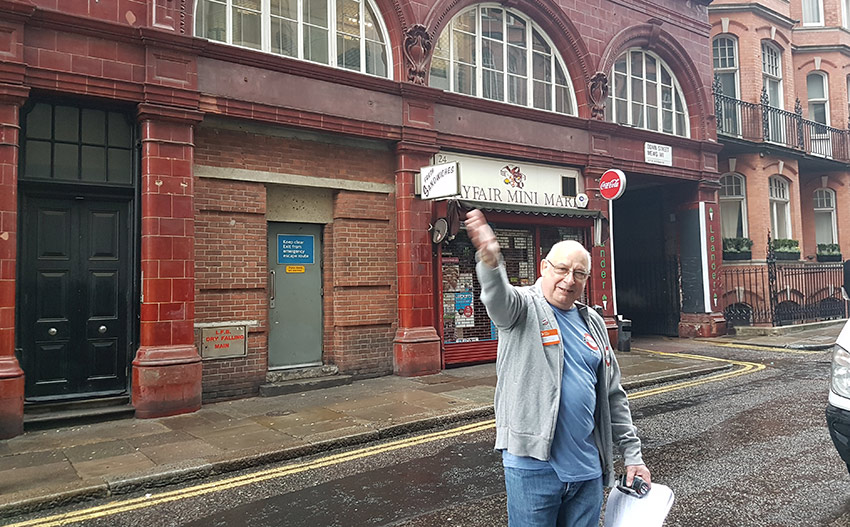 The surface is on Down Street. The black door on the left leads to the upper level which during World War II enabled staff to get some respite from being below ground. The next door (grey) is the London Underground 'alarmed' entrance, alongside is the supermarket which was built in the original ticket hall. Then, the road leads into the Mews, which is where the London Transport (sometimes Post Office or Military) would park to deliver secure information to the REC/WC. Our main tour guide was Nick, a great guy who really was knowledgeable. Highly recommend doing a tour with him. 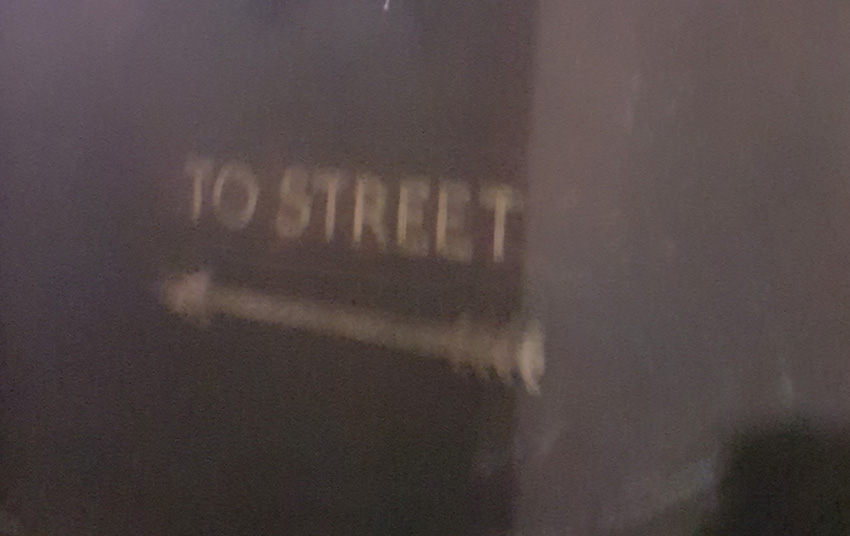 Walking into the entrance to Down Street you head down a flight of stairs to an impressive looking door which has instructions leading to the street level. This doorway lead to the top of the spiral stair case leading to the tube station. It has a sign telling us what is below. 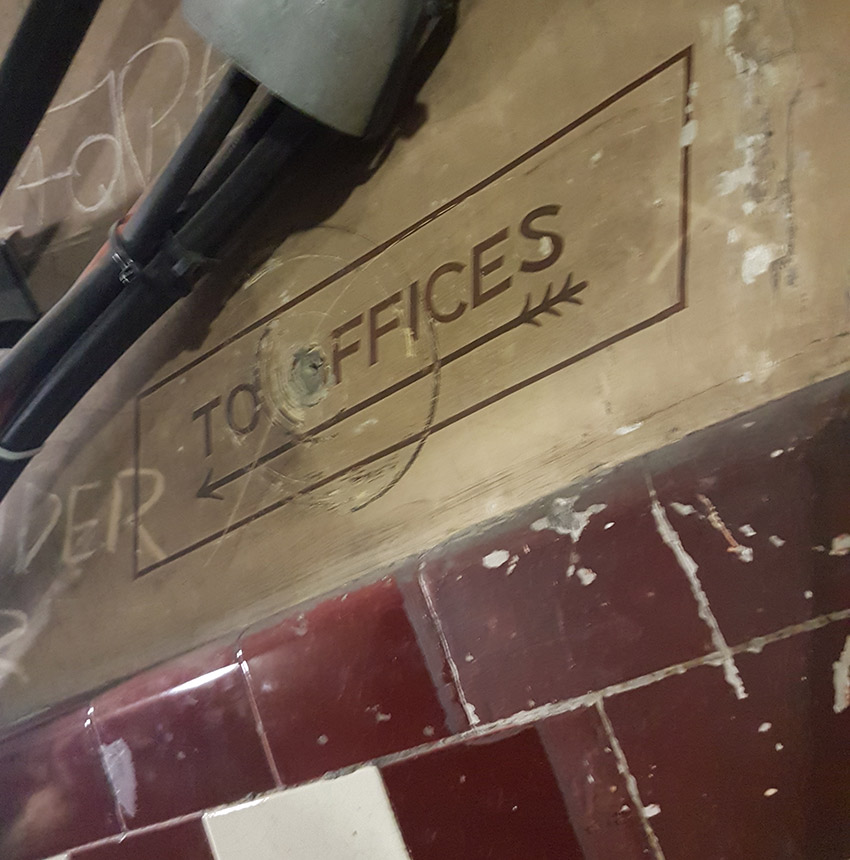 Alongside the sight is an impressive, single person, lift shaft. 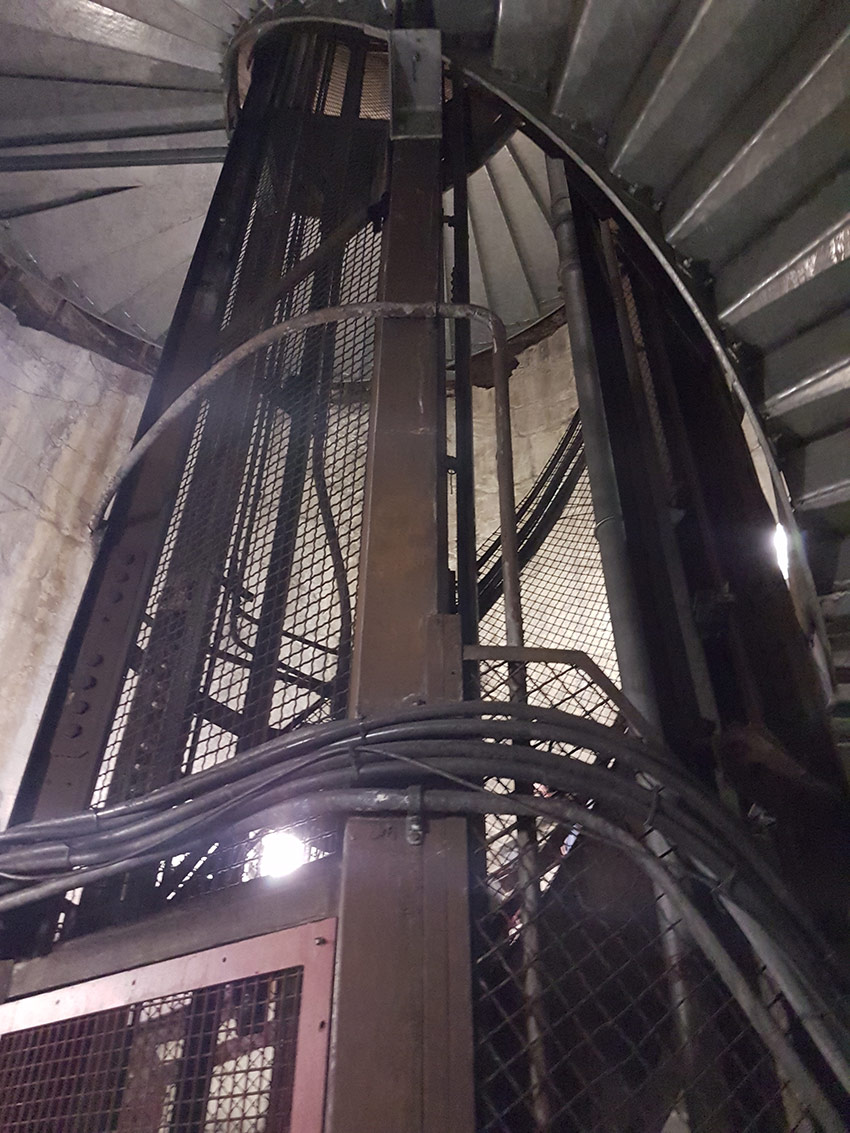 Walking down the stair you are greeted with the typist area, you can still see the wall divide. 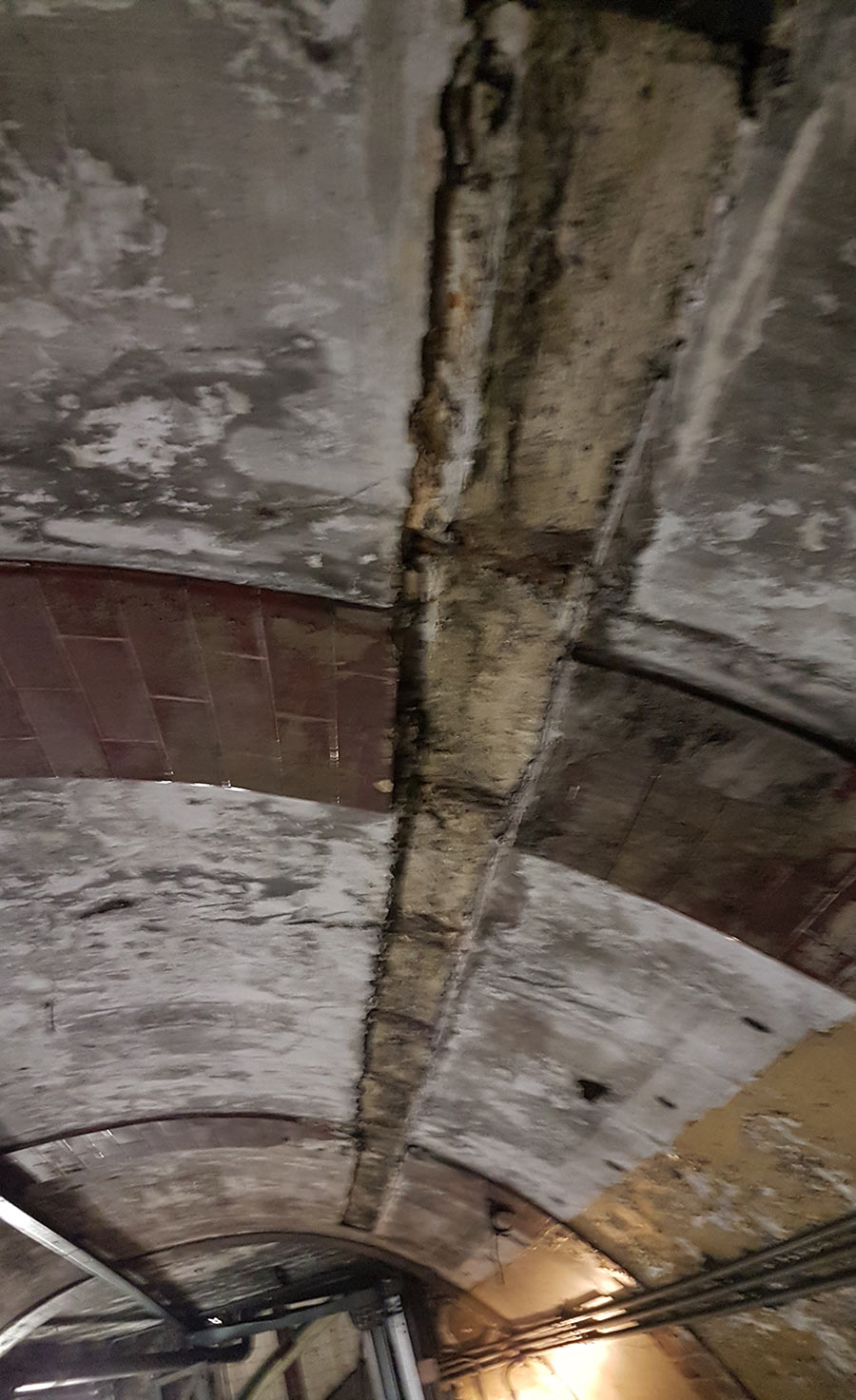 Next to these 'room' is a sign giving directions to the next room. 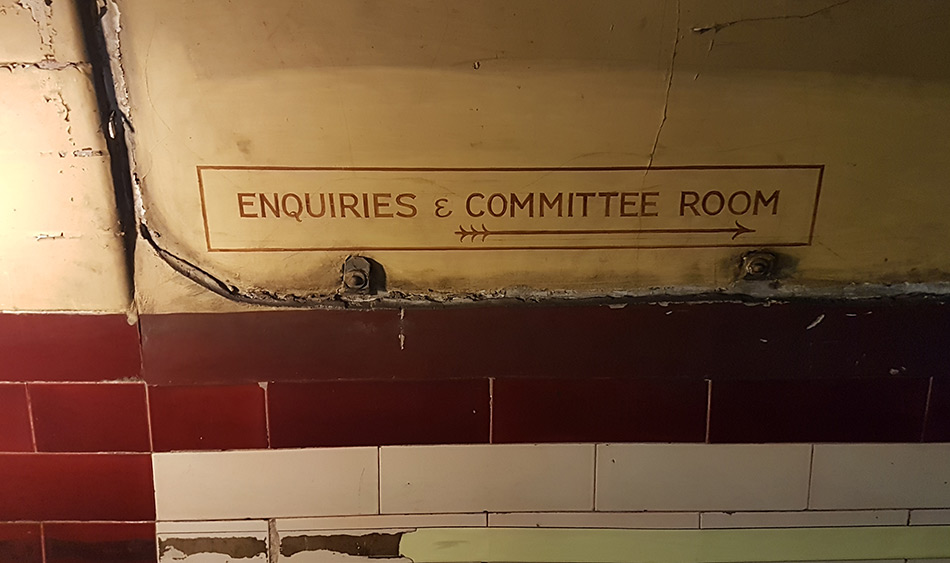 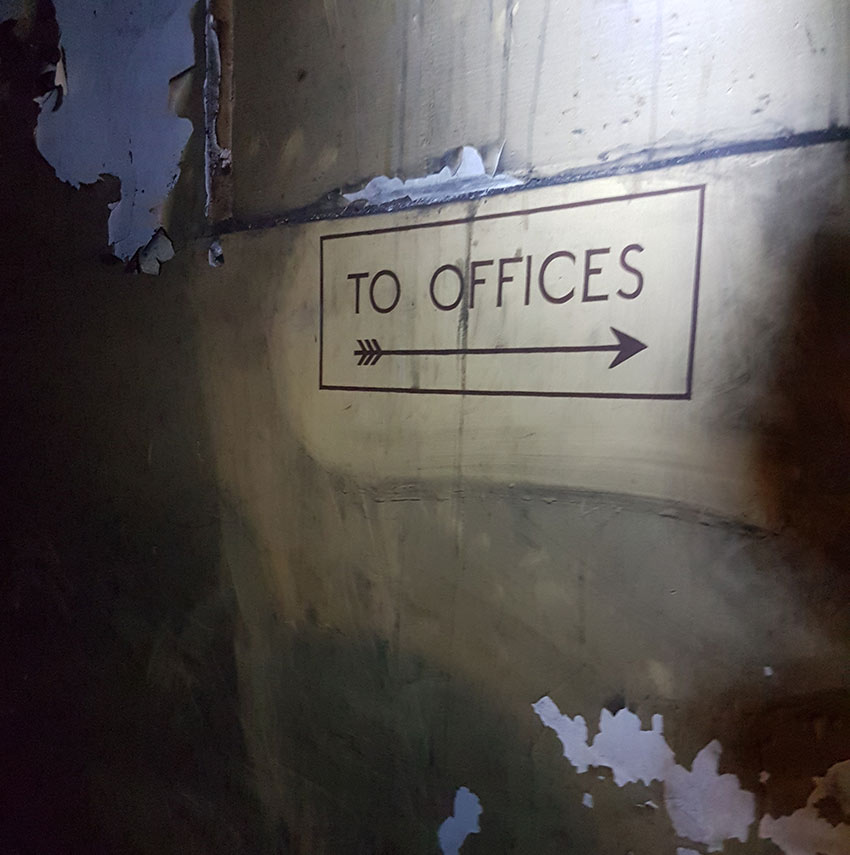 Following the sign, it takes you to an epic tube station corridor. 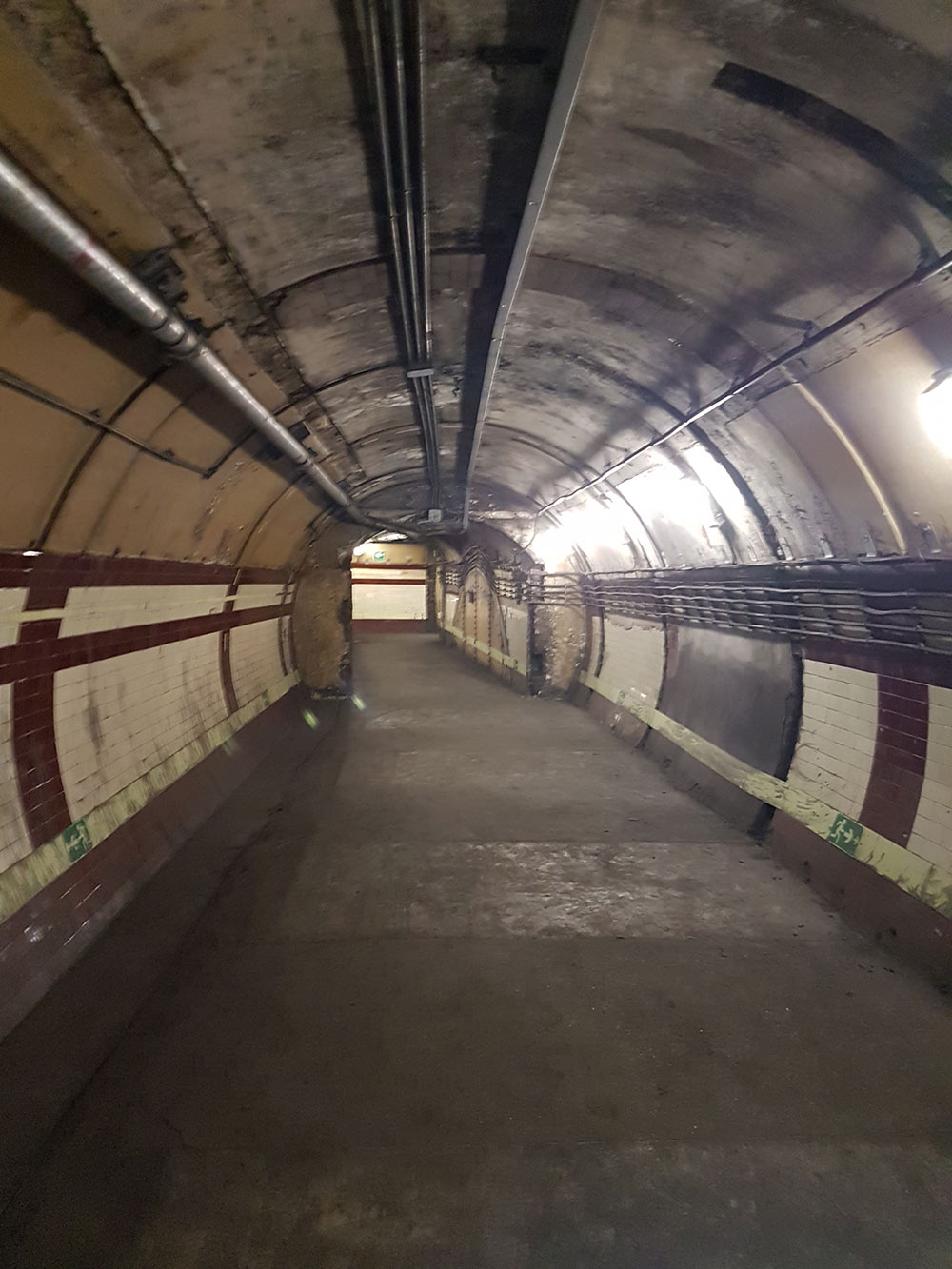 Following the signs and heading down the corridor leads us to a dark walkway which is the washing and toilet area. 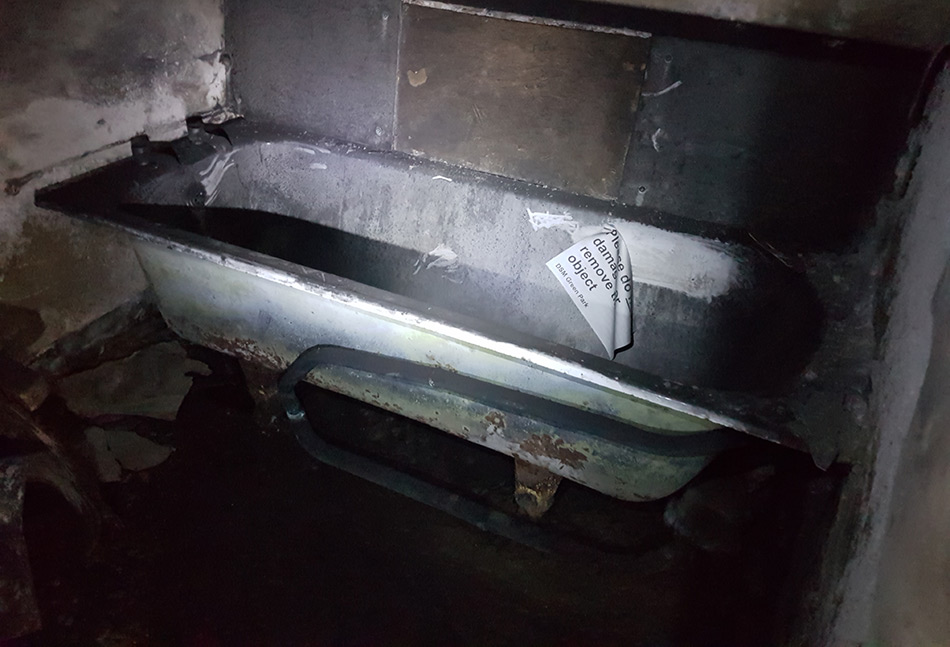 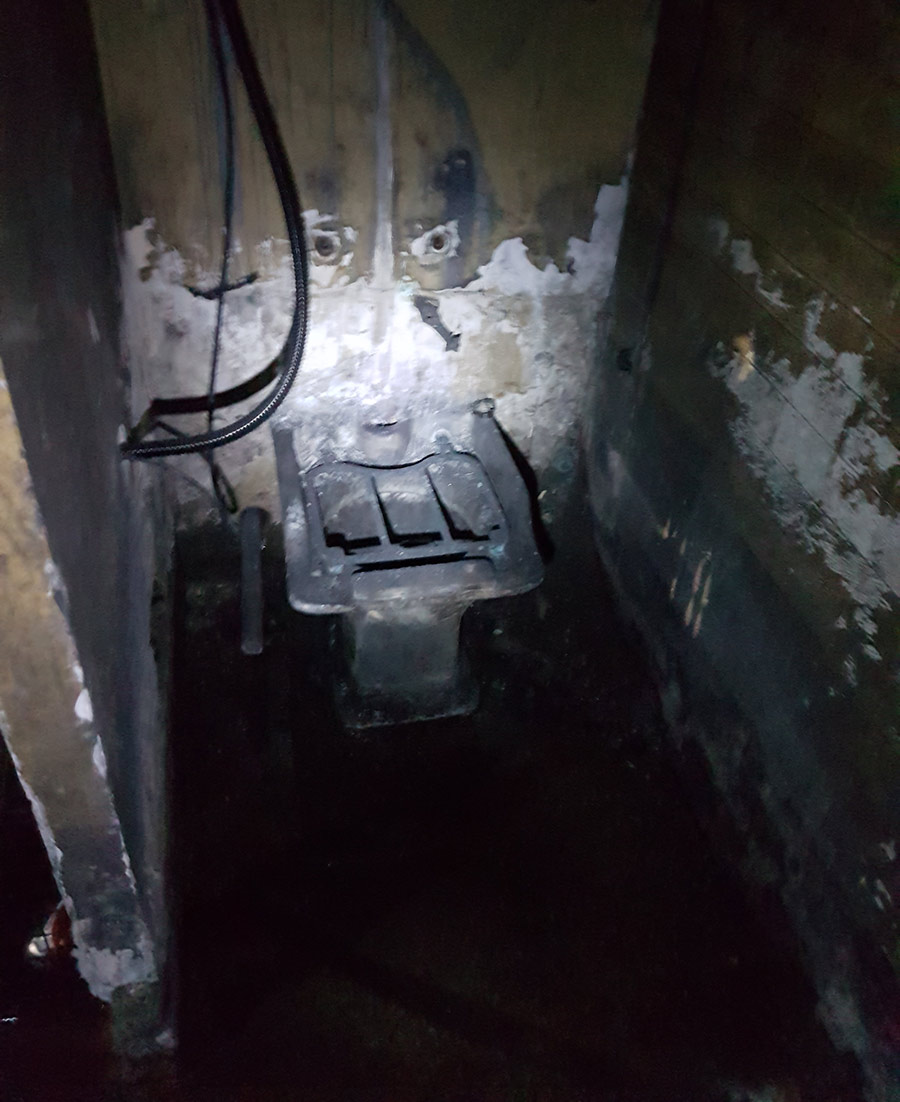 What is interesting is the modern signs dotted around the station. They are in place to direct engineers to the correct track. 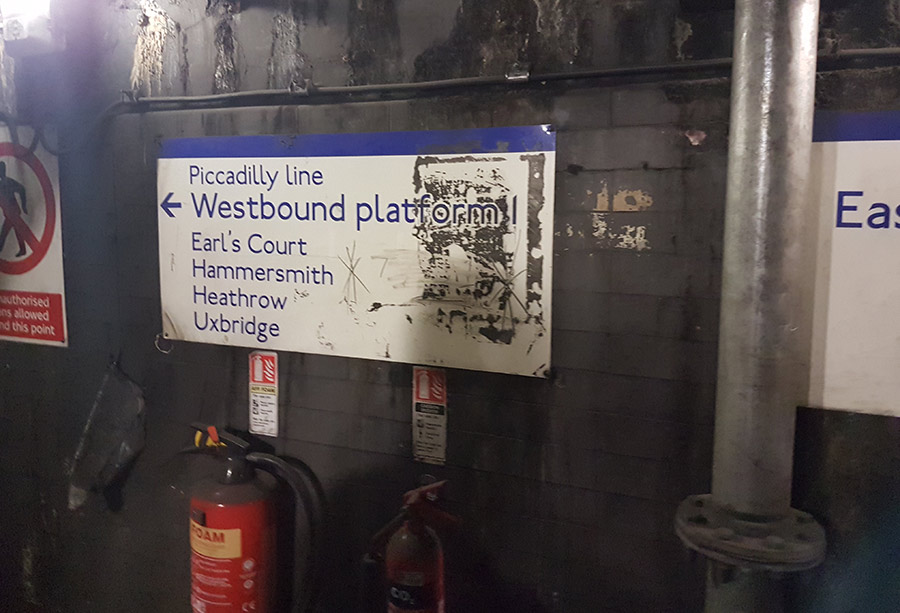 Below is the telephone exchange used during World War II. 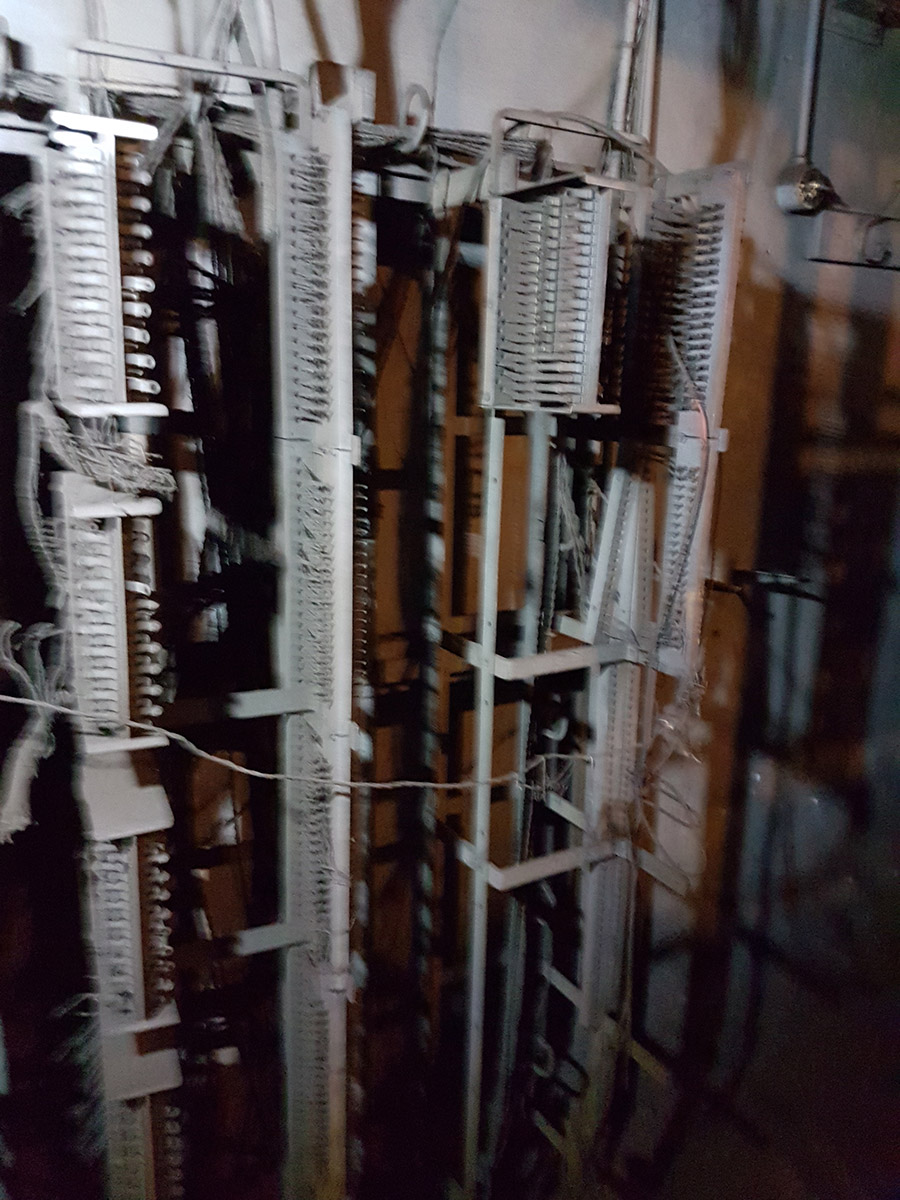 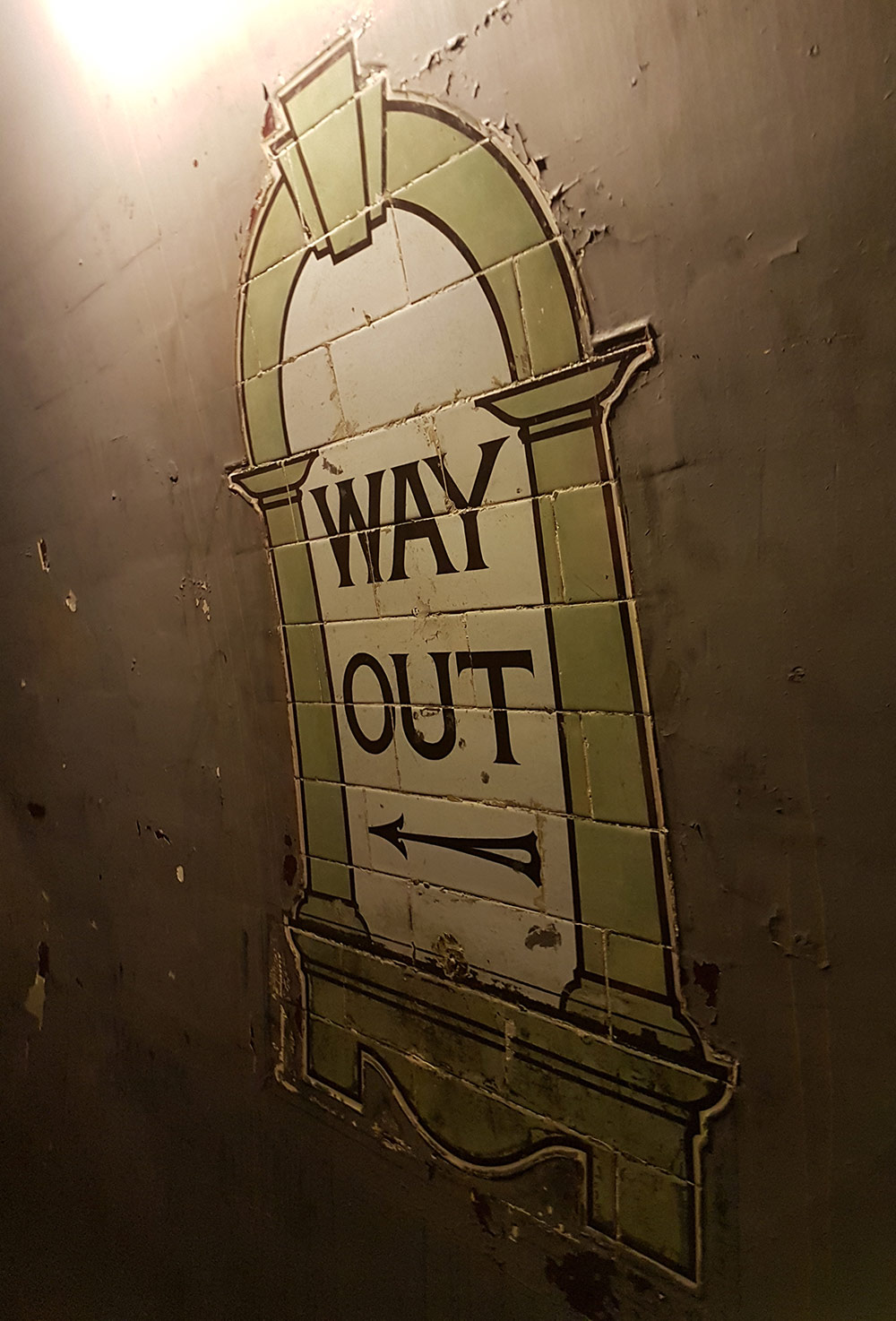 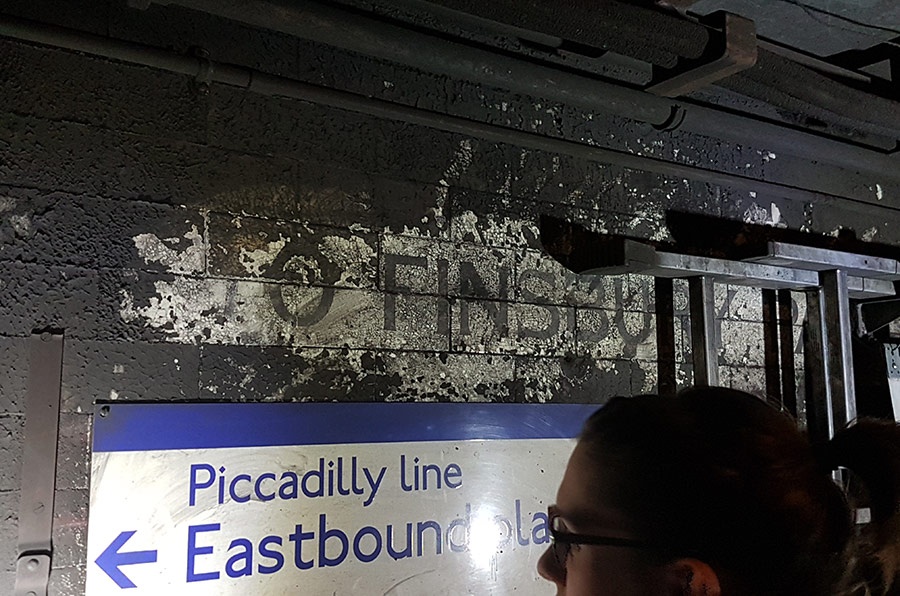 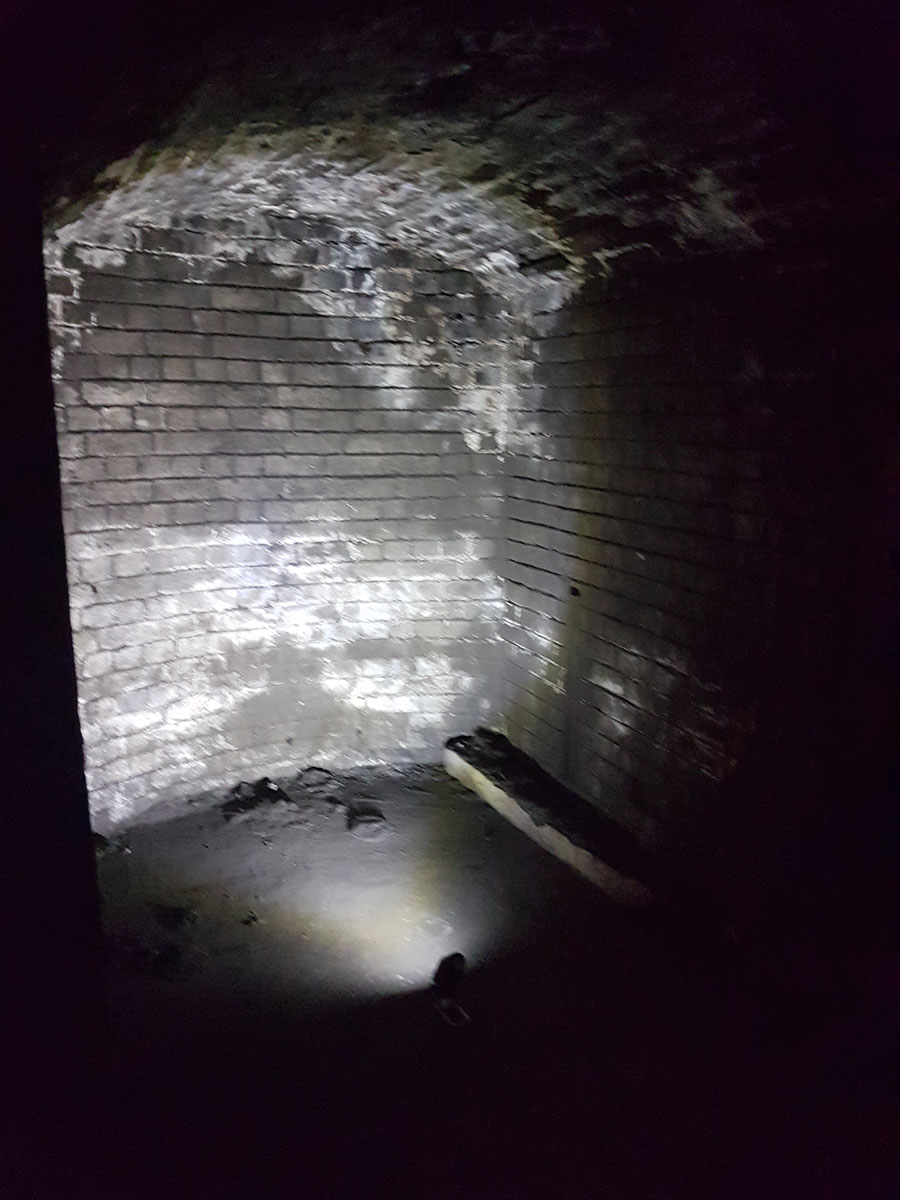 This is an interesting picture, rumour has it that it was used as a secret room for Winston Churchill to make secure secret direct calls to Washington. 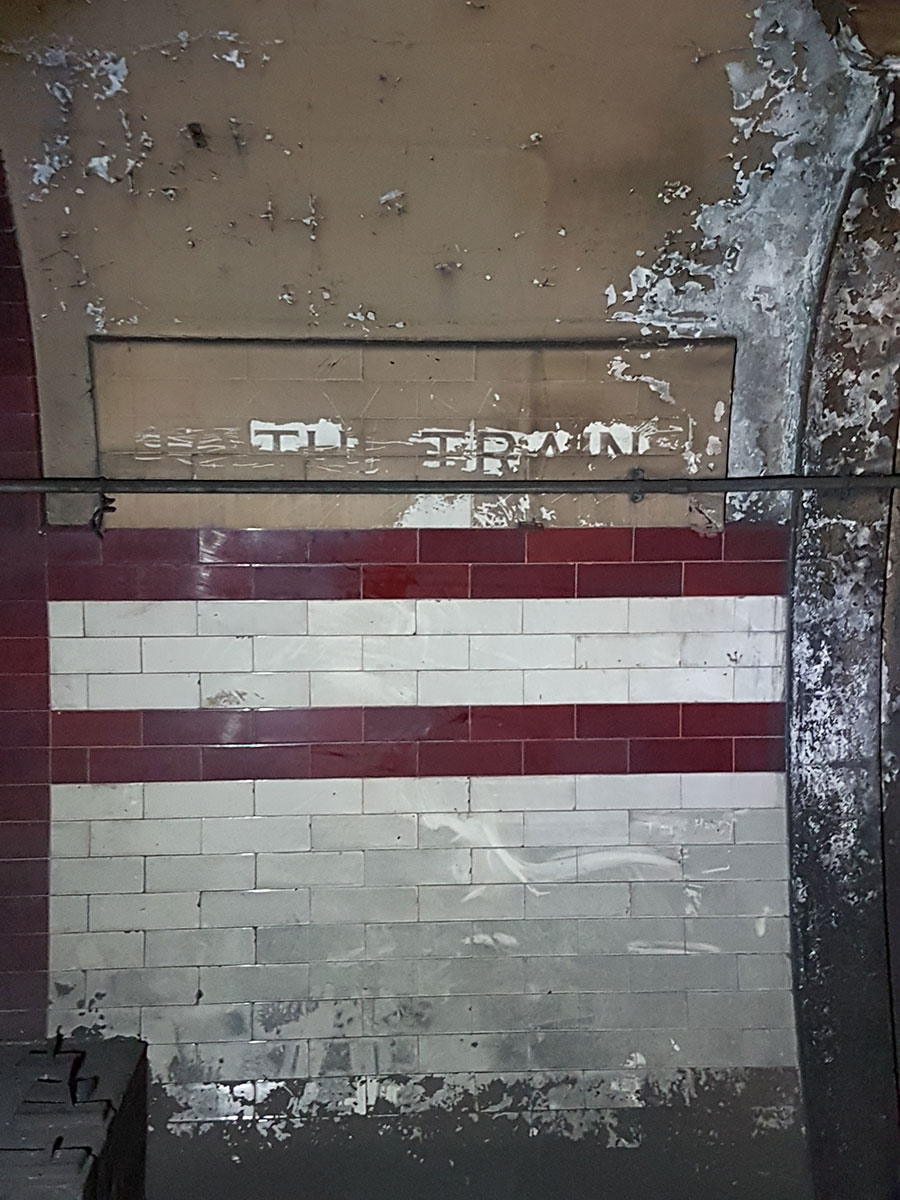 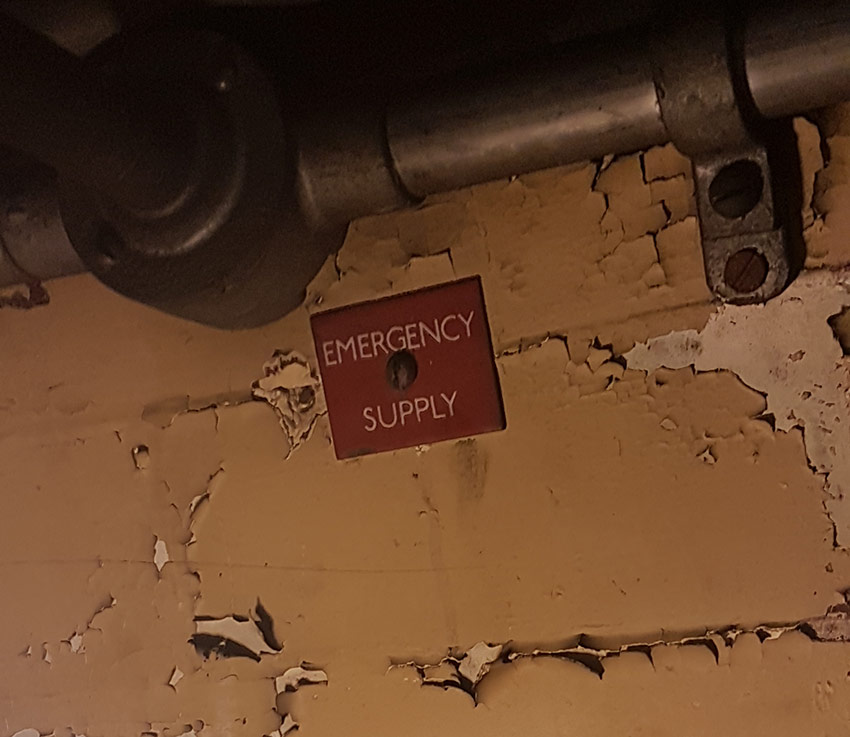 The tour was good fun; however, I was disappointed to see that we were hurried along without any opportunity to take proper photos or to really take in the station.